A theatre performance by Portraittheater Vienna

in co-operation with Freie Universität Berlin 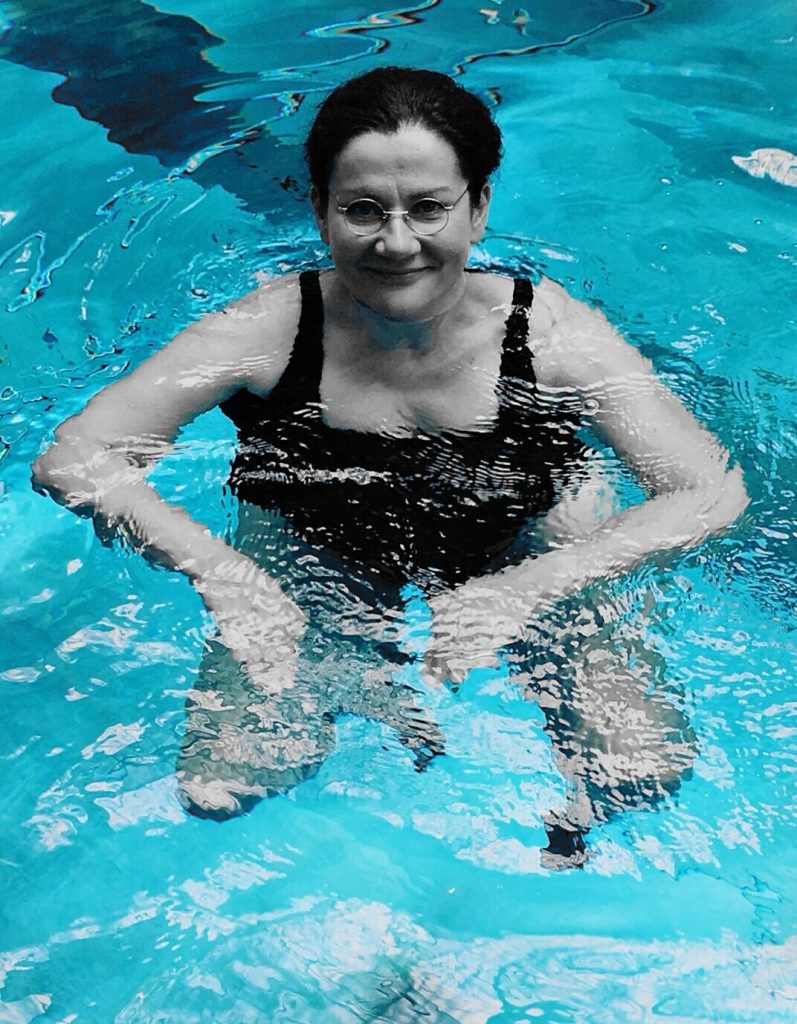 Emmy Noether (1882-1935) was one of the most influential mathematicians of the last century. Her works and teachings left a lasting mark on modern algebra, opening new avenues for a modern structural perspective in mathematics. Noether began her studies at a time when women were only beginning to break down the barriers that prevented them from entering the doors of German universities. She eventually overcame even stronger resistance when she applied for the right to teach at a German university. It took her four years before she acquired that certification (Habilitation) in Göttingen on June 4, 1919, after submitting a thesis in which she solved one of the central problems in Einstein’s general theory of relativity.

To celebrate the centenary of this event and the career of a unique personality in the history of mathematics, the ensemble Portraittheater Vienna produced a biographical play, directed by Sandra Schüddekopf and starring Anita Zieher as Emmy. It opened on June 4, 2019 at the Freie Universität Berlin. Afterwards the play has been performed with great success at several different universities throughout Germany as well as the Theater Drachengasse in Vienna under the title “Mathematische Spaziergänge mit Emmy Noether”. Based on historical documents and events, the script was written by Sandra Schüddekopf and Anita Zieher in cooperation with the historians Mechthild Koreuber and David E. Rowe.  Financial support for the original production was provided by three universities in Berlin (Freie Universität, Humboldt-Universität, Technische Universität), and four other German universities (Erlangen-Nürnberg, Göttingen, Mainz, and Bielefeld).

“Diving into Math with Emmy Noether,” will be on tour in the USA in September 2022. 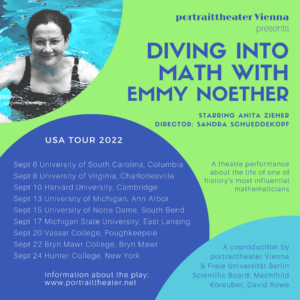 Book “Proving It Her Way – Emmy Noether, a Life in Mathematics”

This book serves as a companion to “Diving into Math with Emmy Noether” by reproducing information and photos from the brochure for the original play. It includes relevant facts about Noether’s life together with brief sketches of the four mathematicians who appear with her on screen, as well as a “Who’s Who” identifying others whose names are mentioned onstage. Readers are thereby afforded easy access to essential facts needed to appreciate the events alluded to in the script. In addition, the book also contains a brief overview of Noether’s life as well as separate chapters providing detailed accounts of important phases in her unique career. These begin with an account of mathematical life in Erlangen, followed by the story behind her unsuccessful attempt to join the Göttingen faculty in 1915, her remarkable contributions toward understanding the status of conservation laws in relativity theory, and crowned by her years of success in Göttingen, where her work in modern algebra spawned a dynamic new international school. The final chapter concerns the last years of her life, after the Nazi government expelled her along with hundreds of other prominent Jewish academics. Her brief years at Bryn Mawr College left a lasting mark on a number of leading mathematicians in the United States.